The ladder of success, fame & fortune…. 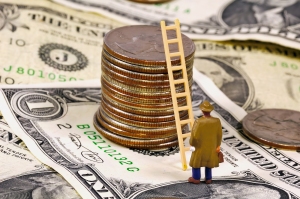 Pearls of wisdom, discretion and humour to remember at all times:

“It is highly recommended not to antagonize one’s adversaries whilst smoothly & gracefully gliding up the ladder of success, fame and fortune. As per simple logic and basic physics, you’ll certainly collide into them when you fall from grace and come rudely hurtling down that very same ladder – so beware!” It will save you from many an unwelcome visit to the bone-setter…..do keep in mind that their casts for fractures tend to be very itchy & cumbersome too. (Point of note – orthopaedic surgeons & such like don’t support this theory – they claim that it affects their business adversely.) Kindly refrain from laughing – this is supposed to be an inspirational & educative blog, after all!!!

Don’t become complacent in your success & take it for granted – as a given fact. The situation can change at any time! Be humble & unassuming always & be forever blessed by one & all. Rest assured that when you are down and out for the count, people, in general, will never fail to drum into your head – repeatedly and none too kindly – the sanctity and truth of the law of gravity. Why gravity, of all things, you wonder? In the simplest of language, this law states that whatever goes up, must inevitably come down. Just as some people take sadistic pleasure in kicking a helpless dog when he’s down and unable to defend himself, they’ll do the same to you.

Life is not measured by the extent of one’s success nor by the amount of one’s wealth and fame. It is measured rather by character in its purest form – by honesty, integrity, kindness, diligence, sincerity and perseverance. If one can and will pick oneself up every time one falls, it is akin to saying that the battle is more than halfway won.

It is basic human nature to try to ‘bring another person down’, especially if he/she is perceived as a threat – it is like an animal instinct to protect oneself; so one prefers to act derisively, as a defense against one’s own inadequacies and insecurities. Whilst one cannot stop people from behaving and saying what they will, one can and must control one’s own reaction by being true to oneself  and by following one’s dreams to fruition. If one can stand tall and proud, with one’s head held high, in the face of much opposition and criticism than that is indeed the true essence of success.

Gravity can then go take a walk, for all we care!!!

Follow “Hooked on Inspiration’s Blog” by Sherna Bhumgara on WordPress.com